Today’s heat index is 106..Summer is almost here! In three days, to be exact. Time for cookouts, floating the river, and lounging by the pool (if you haven’t done so already). But before you load up your cooler with ice cold beverages, consider what kind of packaging you select. You know what I’m talking about…the biggest scam of recent history…bottled water.

According to National Geographic, Americans drink their way through 50 BILLION bottles of water per year (and spend over $100 billion per year to do so), and most of those bottles do not get recycled (over 80% end up in landfills). Consider these other ramifications of bottled water:

I want to encourage everyone to make more sustainable choices in your outdoor activities, and use reusable drinking containers. We got those excellent insulated mugs at the White Elephant party last December. Hard-plastic and stainless-steel water bottles are also good options. For picnics, why not buy reusable plastic cups (they are like 80 cents each), or challenge yourself to make a Solo cup last all summer (my grandma has used the same pack of Solo cups for several years). On that note, instead of buying lots of individual bottles of water or juice, why not buy a gallon or two and pour it into said reusable cups? That way we can save the bottled water for the people who actually need it, like those in developing countries, or Flint, MI, West Virginia, or North Carolina.

If you would like more information on bottled water, you can refer to these articles.

In October-December 2015, EBJ solicited the environmental industry via e-mail, social media, its website, industry events and word-of-mouth for nominations for the EBJ Business Achievement Awards. Nominations were accepted in 200-word essays in either specific or unspecified categories. Categories or size designations may have been adjusted depending on the volume of nominations or the number of worthy recipients. Final awards were determined by a committee of EBJ staff and EBJ editorial advisory board members.

Baer Engineering will be at JETC 2016 in Phoenix, Arizona from May 23 – 27. Please come by and see us at our booth #926, by the Navy Lounge. We will have a few handouts and a sweet treat! 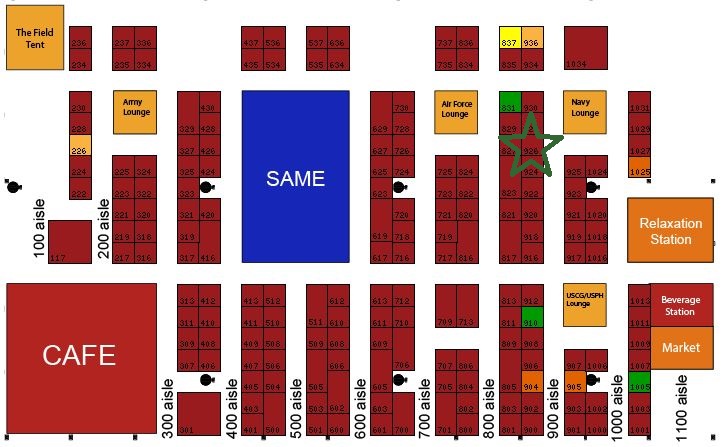 Together, they work to bring a well into compliance (Natural Outlook, March 2015)

The Boy Scout Oath begins, “On my honor, I will do my best, to do my duty to God and my country.” Rick Denison and Bob Oatman, with the Capitol Area Council of the Boy Scouts of America, learned that their country, or at least their state, had some rules they needed to follow.

In 2013, the council bought the 91-acre Smilin’ V Ranch, outside of Liberty Hill, as a facility for day camps and training. It was during one of these training sessions that Denison and Oatman discovered that they might have a problem.

Therese Baer, P.E., a volunteer with both the Boy Scouts and the Texas Commission on Environmental Quality’s EnviroMentor program, pointed out that in the eyes of the state, the council was operating a public drinking-water system at the camp. That was quite a surprise to Oatman, who handles maintenance for the ranch. READ MORE

The topic of the day is transportation and commuting traffic, so buckle up 😉

Austin likes to promote its weirdness and its breakfast tacos, but our dirty little not-so-secret is that traffic is an absolute nightmare. You may have noticed this on your daily commute.
​​
Mayor Adler has designated May 11 as “Austin Don’t Rush” day, as part of an effort to recreate the traffic miracle that occurred during President Obama’s visit for SWSX. On that day, which will go down in history, the City requested that people work from home to minimize the predicted carpocalypse. The results were impressive.

Compared to peak times on an average Friday:

— Drivers on MoPac experienced a 60 percent reduction in travel times.

— On Highway 183, travel times decreased by half.

Austin Don’t Rush has a similar goal, which is getting Austinites to avoid driving by themselves during morning and afternoon rush hours on May 11. Some alternatives include working flex hours, work from home during the first part of the day and come in for the afternoon, take transit (MetroRail, MetroBus and MetroRapid), use “active transportation” (bike, run, walk, scooter, skate, etc.), or even telecommute. The jury is still out regarding teleportation devices.

To support this effort, CapMetro is making service on ALL of their buses and trains and special access FREE to ride all day. This includes all users of MetroBus, UT Shuttle, MetroRapid, MetroFlyer, MetroExpress, MetroRapid, MetroRail, even MetroAccess.

Shifting gears (heh), have you voted on Proposition 1 yet? Early voting ends May 3rd and the last day to vote is the 7th. Whether you are for or against it, I encourage you to vote since it is a local election and we can actually have a say in what happens in our city. Now is your chance to tell Uber and Lyft (or City Council) to go kick rocks.

The season of pollen is upon us, and rough winds do shake the darling oaks of March. My car is covered in yellow dust, how about yours?
Did you know that Austin’s trees provide the city with 30.8% canopy cover? Here are some other stats about our urban forest:

Batteries often get a bad rap, since they’re associated with toxic heavy metals, acid, and other pollution that can leak into the environment if they are not properly disposed of, i.e., put in a landfill. The upside is that batteries are some of the MOST recyclable items we use, often being 99 or 100% recycled into a new product!

I’d like to take a moment to shine a light on lead batteries, an unsung hero often viewed with suspicion in the environmental world. Although lead has numerous documented, detrimental effects on health and development, and is not a thing we really want to come into contact with on a daily basis (shout out to the IH folks!), there’s a reason it is so widely used, AND it’s a recycling superstar to boot!

Lead-based batteries can be infinitely recycled. They are used to store renewable energy from wind turbines and solar panels, power over 1 billion vehicles worldwide, are used in 100% of hybrid vehicles, and, by 2020, will save the equivalent of 25 billion kg of CO2 by their use in vehicles.

To learn about the many second-life uses of lead and other types of batteries, you can explore these links: